Olympian Ollie Dingley is an Irish diver who competed at the Olympic Games in Rio and is about to represent his country for the second time in Tokyo.

In this interview, he talks about his preparation for the Tokyo Games and the sport science underlying his success. He also discusses what it means for him personally to have the opportunity to perform at a second Olympic Games.

Click below to watch the full video, below we summarise some of the key sport science themes from Ollie’s interview.

Since the 2016 Olympic Games Ollie has undertaken a degree in Film & Broadcasting at TU Dublin and has created his own Podcast. Despite this extra workload, Ollie suggests this has been important for him to maintain a healthy balance in his life and ensure he doesn’t burn out. He feels despite having less free time, this balance has continued to help him develop as an elite diver.

Ollie also speaks about the importance of his support network, from family and friends to coaches, sports psychologists to physiotherapists. Ollie mentions that during his time as an elite athlete he has experienced many highs but also many lows. He shares that his success to date would not have been possible without his team, family and friends.

50% of his training is not in the pool

One interesting fact Ollie shares is that he only spends 50% of his time in the pool. This is because a lot of training for elite divers takes place on dry land with weights, lifts and stretching in the gym.

Force production and physical strength are an integral part of Olympic diving, it isn’t possible to become world-class without a high level of conditioning away from the pool.

Focusing on the process

A key insight that Ollie shares is his focus on the process, not the outcome, or winning medals. He highlights that running up to the Olympics in Tokyo, his focus will be on the process of training and conditioning himself as best he can each day.

If his processes are as best they can be every day, the outcome will take care of itself.

Nothing can prepare you for competing at the Olympic Games

Ollie shares that over the past eight years he has had countless webinars and specialists share what it is like to compete at the Olympics. However, he says, nothing can prepare you for the moment standing on the diving board with millions of people watching around the globe.

Ollie says that managing levels of anxiety and arousal are two of the biggest challenges in elite diving. He shares a few keys to his success:

You can’t control how well other divers perform, you can only control what you do on the day. Ollie stays focused on his dives, his performance and executing as well as he can.

In the build-up to his dives, Ollie uses a number of strategies to prevent his mind from wandering. These include counting down from 100 and tapping different parts of his body to keep himself in the present.

Ollie also focuses on his breathing to control his heart rate and get himself in an optimal zone ready to perform.

A big thanks to Ollie for sharing what goes on behind the scenes as he prepares for his upcoming Olympics. Ollie concludes by saying he is looking forward to competing in Tokyo and representing his country once again. 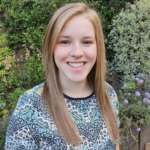 Emily, co-founder of Sport Science Insider, graduated from the University of Leeds in 2020 and went on to become an accredited S&C coach with the UKSCA in 2022. A former athlete herself, Emily has since gone on to deliver S&C coaching for the Southern Academy of Sport, GB Rowing, GB Taekwondo and works currently as a full-time S&C coach at the University of Leeds.