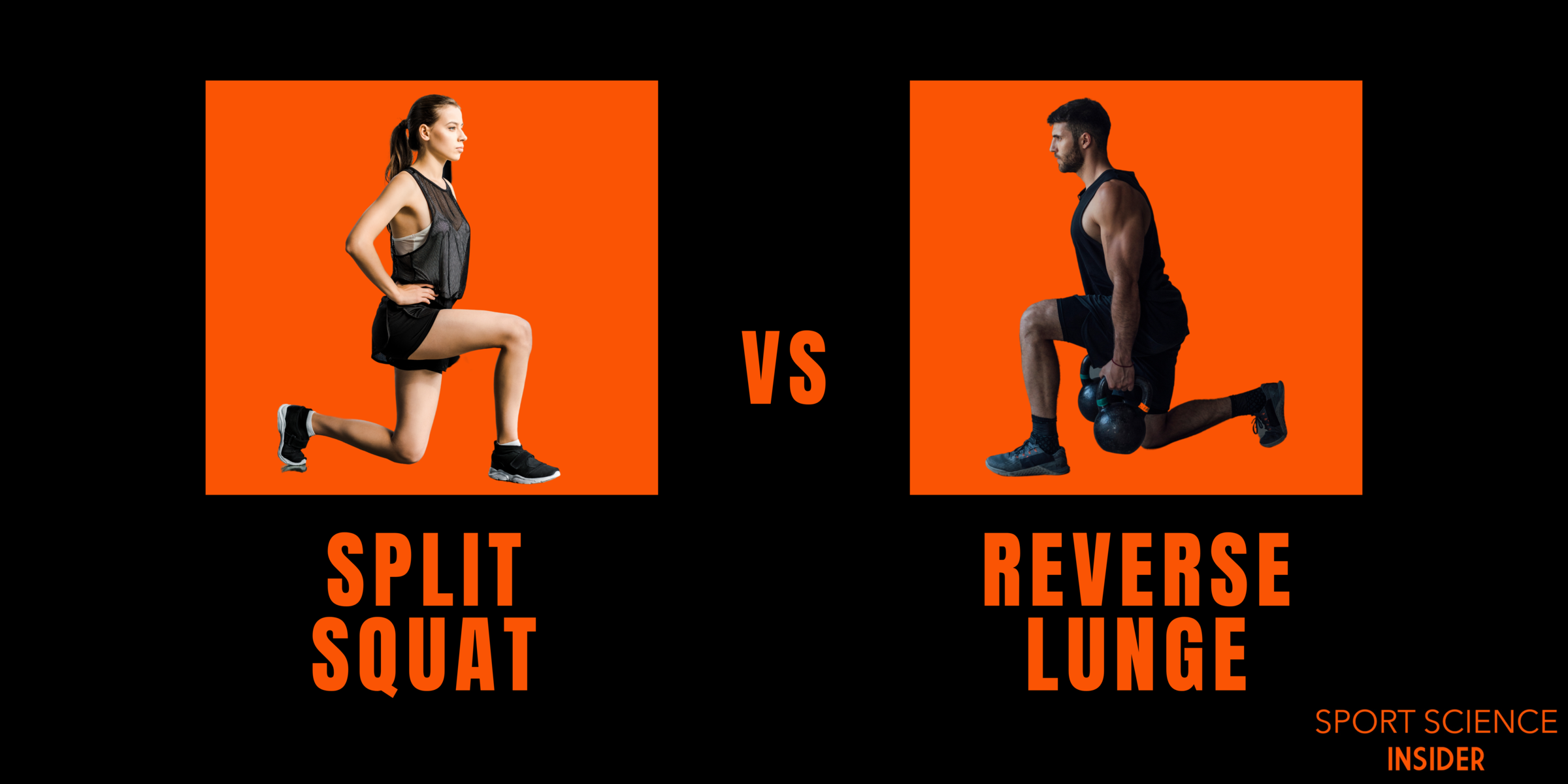 The split squat and lunge are both popular assistance exercises for lower body strength and size.  But how are they actually different?  And which option is right for YOU?  In this split squat vs lunge article that’s exactly what we’ll be covering.

The main difference between split squat and lunges are that split squats use a stationary foot position, whereas lunges require you to move your feet for each rep.

In practice, this often means that lunges have a horizontal component and slightly more forwards movement of your knee, but a lot of that will depend on your specific set up and execution of each exercise.

As you can see, both the split squat and the lunge use very similar movement patterns, and have very similar joint angles at the hip, knee and ankle.

Muscles worked during a Split Squat

The main muscles worked during a split squat are your quads and glutes, with some support from your adductors, abductors (glute med, glute min and TFL) calves and hamstrings.

You will also use your core muscles for support and stability.

Muscles worked during a Lunge

The main muscles worked during a lunge are your quads and glutes, with some support from your adductors, abductors (glute med, glute min and TFL) calves and hamstrings.

You will also use your core muscles for support and stability.

How you set up and perform the exercises can change emphasis

It’s important to remember that both the lunge and the split squat can be performed in different ways, which will change the muscle emphasis somewhat.

Similarly, exercise variations such as front foot elevated, rear foot elevated or even both feet elevated can also change the muscles worked and the overall focus.

A front foot elevation places more emphasis on glutes and hamstrings and creates a more upright position.  A rear foot elevation creates more forwards lean and places more emphasis on your quads.  Lastly, having both feet elevated increases the working range of motion through your hips, knees and ankles, which increases the difficulty of the entire exercise.

One interesting difference between the split squat and lunge is that the split squat offers lower impact forces.  Since your feet stay planted, the overall execution of the exercise feels smoother.  With a lunge on the other hand, having to dynamically reposition your feet for each rep adds more impact forces, especially if you perform them poorly.

Joint loads for the split squat and lunge are very similar.  They really only start to differ by any significant margin when you start to use variations such as the front or rear foot elevated versions.

Both the split squat and the lunge are decent options for building strength, but the split squat has an upper hand as the stationary foot position offers more stability, which means that it can be loaded heavier.

With that said, neither the split squat nor lunge is ideal as a prime strength development exercise, and I would consider both exercises to fall under the category of ‘assistance exercise.’

Practically speaking, you’ll never perform heavy 1-5 rep max split squats or lunges (as it’s incredibly hard to do so safely) so you’re missing out on the exact rep range ideal for strength development.

I consider the split squat and lunge as interchangeable exercises when it comes to hypertrophy and building size in your legs.  Both exercises can be safely performed in the 6-30 rep range, both exercises target similar muscles, and both exercises elevate your heartrate as a side-effect.

Personally I’ve effectively used both exercises during hypertrophy training blocks.  A word of advice I might offer is to use lunges later in the training block when you need to perform multiple sets, as having to do each leg separately in the split squat takes forever to avoid being limited by cardio capacity.

Neither the split squat or the lunge is a good choice of exercise for power, as neither can be performed especially quickly or explosively.  By their very nature, both exercises are more about control, tempo and balance.

It’s worth noting that both the split squat and lunge will elevate your heart rate and breathing substantially.  On the one hand this is positive, as it provides a great cardio stimulus.  However, on the other hand, you might find that cardio becomes the limited factor rather than your muscles, which may limit the usefulness of these exercises for some people.

The bulgarian split squat is a popular split squat variation in which your rear leg is elevated, typically on a bench or small box.  This places more emphasis onto the front leg, and when set up correctly allows for a greater range of movement for your knee and ankle, resulting in far more stimulus for your quads.

Reverse lunges provide ever so slightly more glute and hamstring emphasis than forward lunges, which actually makes them even more comparable to split squats in terms of joint angles and muscles worked.

A static lunge is by definition a split squat, so these are actually the same exercise.

In the great battle of split squat vs lunge, both exercises are more or less interchangeable give or take a few small differences.

But fundamentally both options are quad and glute focused lower body exercises that use similar movement patterns and joint angles.

So for all intents and purposes, feel free to use whichever exercise you feel works best for you. 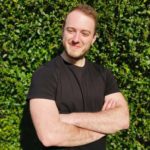